Foundation Medicine will move its headquarters to the Seaport 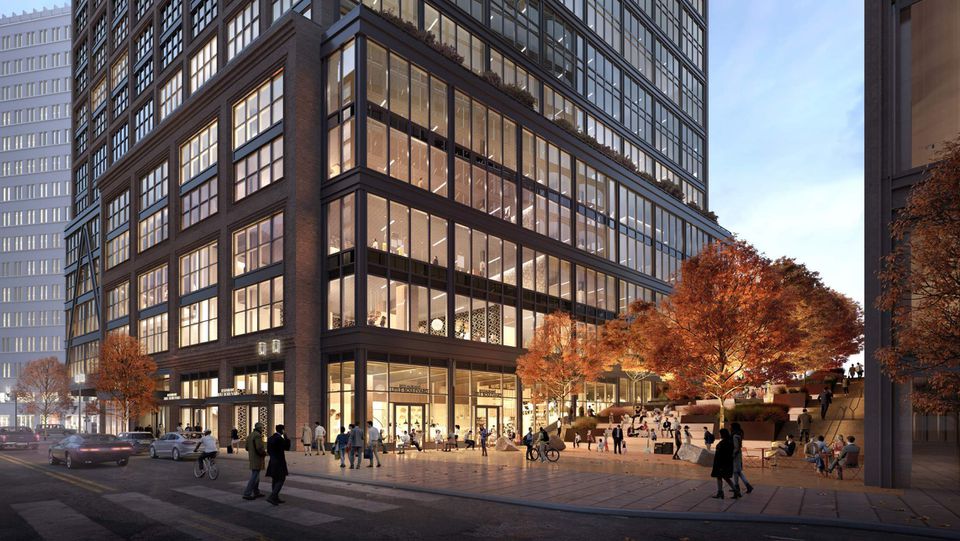 Another major drug maker is heading to the Seaport.

Foundation Medicine has confirmed that it plans to lease nearly all of a 16-story building that will be built at 400 Summer St. in Seaport Square, and consolidate its workforce of about 1,100 — now spread out at four locations in Boston and Cambridge — at the new headquarters.

The long-rumored deal, which a Foundation spokeswoman said is in “final negotiations” this week, makes the company the latest in a string of pharmaceutical firms to move to the Seaport District as they look for alternatives to Cambridge’s crowded Kendall Square.

At 580,000 square feet, it’s the largest office lease signed in Boston since Vertex Pharmaceutical moved to the Seaport five years ago. It continues a wave of huge deals that are triggering the construction of large office buildings in several of the region’s hottest markets.

For Foundation, a Cambridge-based cancer diagnostics firm that was acquired last year for $2.4 billion by Swiss pharma giant Roche, the move will allow the company to put all of its employees under one roof, with room to grow.

“The relocation ensures Foundation Medicine is well-positioned to support the company’s strategic growth trajectory as it continues its patient-centric mission to transform cancer care,” said spokeswoman Lee-Ann Murphy. “This new space will allow us to grow while providing employees with improved amenities and the variety of commuting options we have enjoyed in Cambridge.”

The Seaport, known by many for its luxury condos and towers full of law and accounting firms, is now emerging as a life science district.

Along with Vertex Pharmaceuticals — which relocated there from Cambridge in 2014 — biotech company Alexion earlier this year moved its headquarters to Seaport Boulevard from Connecticut, while Mass Innovation Labs and gene therapy firm Akouos are among smaller outfits setting up shop in the neighborhood.

Nearby, Fort Point and the West Broadway area of South Boston are also drawing major life science developers, with several large new projects in the works.

The building that Foundation will lease is in WS Development’s massive Seaport Square office and housing complex, where Amazon is planning to move into a new building that recently broke ground and could eventually occupy a second one.

Construction on Foundation’s building, 626,000 square feet along Summer Street near the Boston Convention and Exhibition Center, will be the next to launch. It won design approval from the Boston Civic Design Commission earlier this year, and is set to break ground this fall, with an opening date in 2022.

It’ll join large new buildings currently under construction not just for Amazon but also for MassMutual, Verizon, and State Street in Boston, and Philips Healthcare, Sanofi Genzyme, Google, and Akamai in East Cambridge. Add in buildings aiming to serve multiple smaller tenants and there is roughly 7 million square feet of office space under construction right now in Boston and Cambridge.

This project will also help create a key pedestrian link across the Seaport. WS plans to build a set of stairs from an elevated stretch of Summer Street down to Congress Street and a retail promenade across Seaport Square to Northern Avenue. Under plans approved by the city in 2017, the building was expected to house a long-planned performing arts center for the Seaport, but WS now says it will find space elsewhere for the arts center. Seaport Square still has at least five more buildings in the planning stage.

A WS executive declined to comment on the deal with Foundation, which has been in the works for several months, though not confirmed until Wednesday. Terms of the lease were not immediately available.

Foundation is headquartered in East Cambridge, just outside Kendall Square, where office vacancy rates are basically zero, rents are reaching $100 per square foot, and most buildings under construction are largely spoken for. That has companies that need more room looking further afield, and Foundation recently opened a smaller office in the Seaport to accomodate its growth.

Started in 2010, the company markets three genomic profiling tests that help doctors figure out which cancer drug is most likely to be effective in a patient. Doctors recommended Foundation’s tests to patients 80,000 to 100,000 times last year, the company told the Globe in December.

That same month, the company’s chief medical officer, Dr. Vincent Miller, said its workforce had grown by about half in the previous 12 months, from about 600 employees to 900. Miller expected similar growth this year.

A key driver of the expansion was the federal government’s decision last year to cover the cost of the FoundationOne CDx test for patients enrolled in Medicare, the national health insurance program for people 65 or older. That made it affordable for many more patients, each of whom would have had to otherwise pay several thousand dollars.

That growth appears to be continuing. Murphy said Wednesday that Foundation expects its workforce “to increase as we continue to grow prior to the move.”