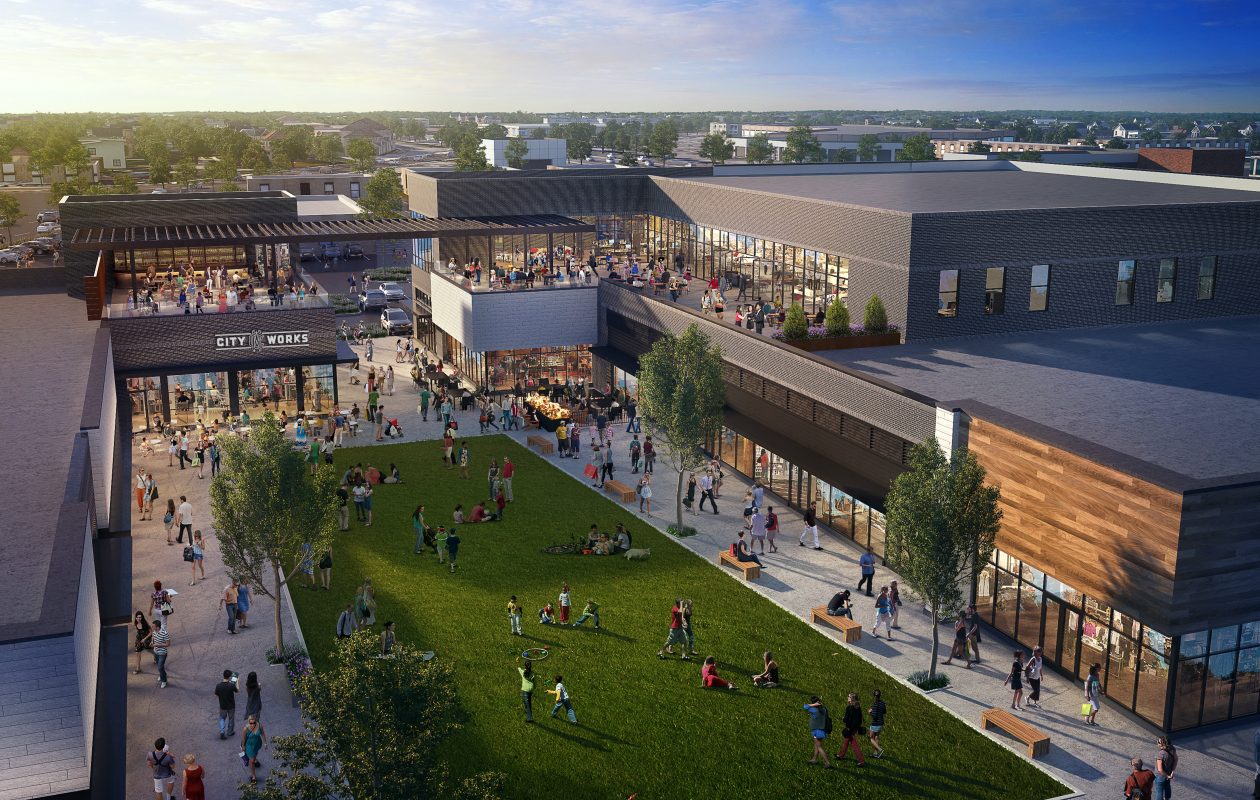 If you stand along Sheridan Drive on the edge of the former Northtown Plaza today, you find colorful fencing that wraps all around a vast, empty parking lot and vacant, low-slung storefronts.

One year from now, according to the developer, that same vantage point will offer views of stylish new retail buildings, ready for tenants such as L.L. Bean and Public Espresso + Coffee, and an inviting public space.

And it will feature a new identity for the Amherst property known for decades as Northtown: Station Twelve, a name that honors the site’s history and looks to its future, officials said.

“Station Twelve will be a very engaging environment, not just a place to shop,” said Brian Sciera, senior vice president of leasing for WS Development, the property owner.

WS Development this week revealed to The Buffalo News the names of the three latest tenants who signed up for space: Banana Republic, the athletic-wear retailer Athleta and City Works Eatery and Pour House, a sports bar and restaurant.

The company also shared a first look at the site’s new Station Twelve branding. And company officials provided an updated timeline for construction, which has taken longer to start than initially expected.

WS Development has owned the 18-acre site since 2015. Contractors tore down a former Bon-Ton store on the site to make way for a Whole Foods Market that opened in 2017.

WS also cleared out all of the tenants from the two main retail buildings on the site, removed asbestos and surrounded the structures with a chain-link fence.

WS Development opted not to begin demolition last year, saying it didn’t want to work through the winter.

The company has had to coordinate with the town and the state to address sewer capacity issues on and around the property. WS Development also filed an updated site plan that the Amherst Planning Board will review on Thursday.

The biggest reason for the delays, according to the company, is that it was taking longer than expected to lock in tenants for the development.

But Sciera said WS Development has made progress on that front.

The newest are Banana Republic, currently located at the Boulevard Mall down the road, national retailer Athleta and City Works, part of a chain whose closest location is in Pittsburgh.

L.L. Bean, West Elm, Athleta, City Works and B.GOOD would be new to this market.

In an email, Sciera raved about Public Espresso’s food and coffee and said the shop is his favorite tenant the developer has signed up for Station Twelve.

“They are going to go on the corner of the green in a very prominent position within the project,” Sciera said.

The Station Twelve concept traces back to the 18th-century Holland Purchase. When Joseph Ellicott and his brother mapped the millions of acres acquired in this part of the state, much of Amherst and Tonawanda fell within the classification Township 12.

Amherst Supervisor Brian Kulpa said the project will bring “life and vitality” to a part of the town that has declined.

“I think it’s bodes well for that area that has been hard hit in terms of land value and property value over the years. Getting things to return to working order now, and new construction, that’s good for the whole district,” Kulpa said.

“There’s reason for optimism in that triangle of the Boulevard, the 290 and Sheridan Drive,” Kulpa said. “It’s really a place where strategic reinvestment is important to us.”

Sciera said the idea of merging the 12 with station, as in a transit hub, gained favor within the company and with stakeholders in this area, Sciera said.

“We’re excited to become a regular stopping place for the people of Western New York,” he said.

The Station Twelve logos and design elements will match with the architecture and tenant mix on the site.

“The Station Twelve voice will be friendly, but not forced,” Sciera said. “Self-aware and sincere. Wry and a little self-deprecating. Clear and direct.”

He said only that it would begin in late summer or early fall and buildings would be ready for tenants by early next summer.